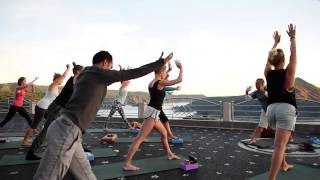 Although many of these retreats and wellness centres have been established fairly recently, the way in which they function could be considered ancient. Meditation for example is one of the staple treatments provided by these types of facilities and the practice itself has been around for hundreds, if not thousands of years.

In the middle ages, Bali was exposed to one of its earliest conflicts, whereby marauding raiders invaded, but after witnessing the peaceful, tranquil nature of the locals – they decided to push further north into Indonesia instead. It’s well-documented that many of these raiders actually found solace in Buddhism and began practicing the teachings of Buddha themselves.

These days, the teachings of Buddha are widely regarding as a staple component within women’s wellness centres – and as a result, Bali boasts some of the most experienced gurus and practitioners in Asia. When booking into one of these retreats, many women say that it’s almost like taking a leap out of modern society and delving deeper into the spiritual attributes that so many of our ancestors took part in centuries ago.

Find out more about our women’s spiritual retreats in Ubud Women’s retreats in Bali are rapidly increasing in popularity amongst those looking to pursue a spiritual journey.